Annapolis, Maryland--Fishing boats dredge for oysters and clams near the Sandy Point Lighthouse in the Chesapeake Bay. The Bay, the largest estuary in the United States was once known for its great seafood production. Though it still yields more fish and shellfish (about 45,000 short tons) than any other estuary in the United States, the body of water is less productive than it used to be. Runoff from urban areas and farms, overharvesting, and invasion of foreign species have had an impact on the bay's health. 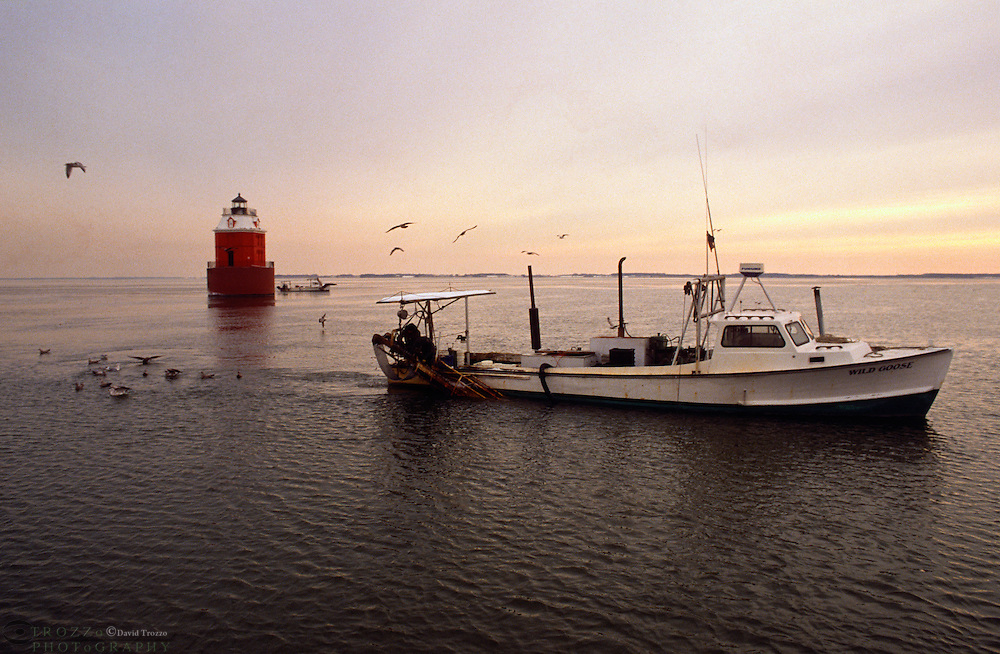